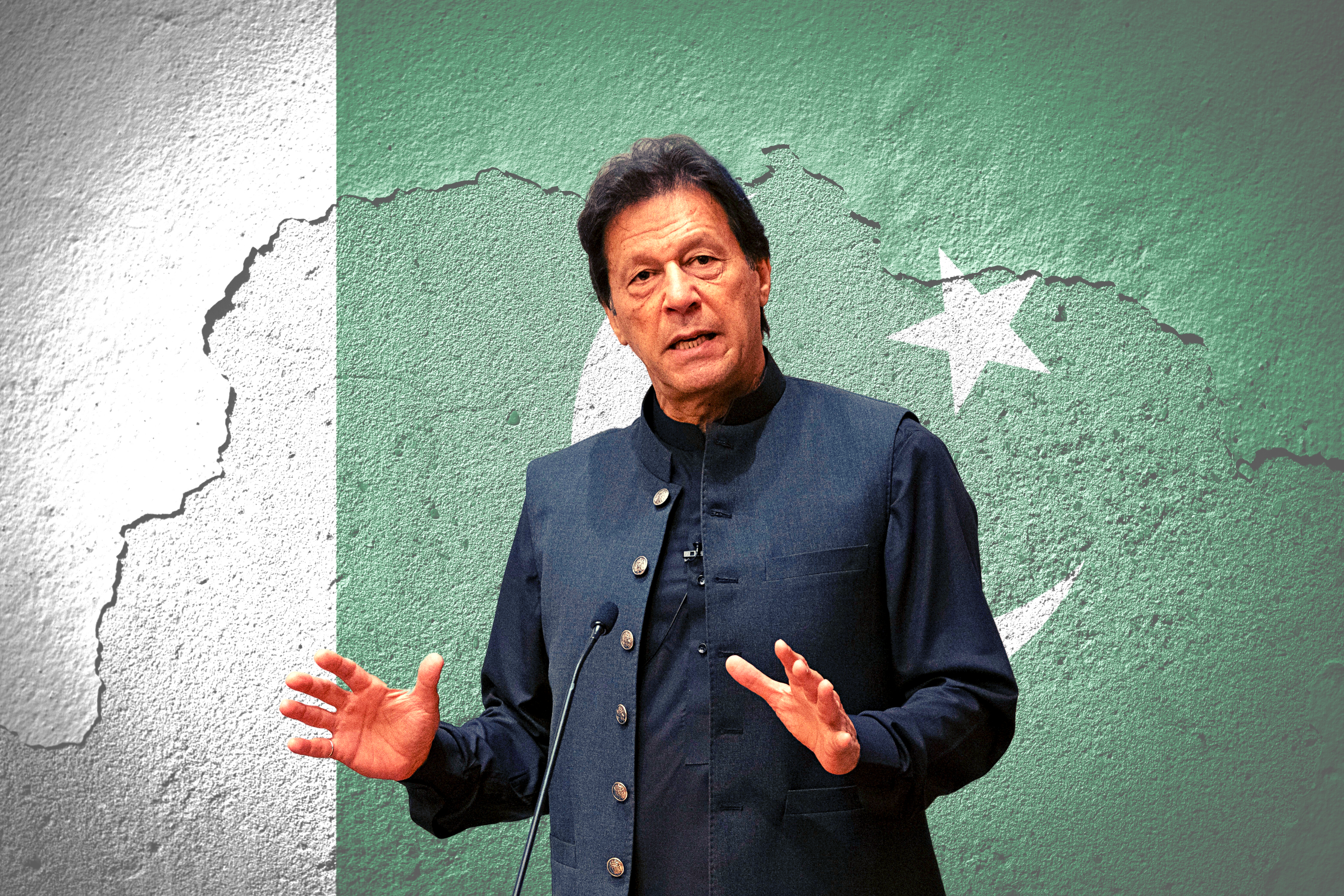 A majority of Pakistanis surveyed now say they are “angry” about the ouster of former Pakistan Prime Minister Imran Khan in a vote of no confidence this April, according to a new poll by Gallup Pakistan. The survey results signal more trouble for the coalition government led by Pakistan Muslim League – Nawaz (PML-N), as double-digit inflation batters ordinary Pakistanis.

The Pakistani public now views Khan’s ouster as a misstep not just because of rising inflation, but also because the ex-prime minister’s foreign conspiracy narrative is gaining currency.

The shift in public opinion amounts to a sharp reversal from April, when a majority of respondents (57 percent) said they were “happy” about the successful removal of Khan through a vote of no confidence. Support for Khan’s ouster quickly eroded by May, when a majority said they were “angry” about his removal. And by mid-June, a strong majority — 61 percent — said they the ex-cricketer’s removal from office angered them.

Inflation and the Vote of No Confidence

Khan claims he was brought down through a U.S. “regime change” conspiracy. These accusations have yet to be substantiated. A more likely cause for his ouster was deteriorating relations with the country’s powerful army chief, General Qamar Javed Bajwa.

Setting aside the drivers for the vote of no confidence, public support for Khan’s removal was high. As momentum for the vote of no confidence measure began in late December and early January, Imran Khan’s popularity had fallen due to rising inflation, with only 36 percent of Pakistanis approving of his government’s performance. At the same time, a large majority — 60 percent — viewed inflation as the top issue facing the country.

The general public expected the removal of Khan and replacement of the coalition led by his Pakistan Tehreek-e Insaf (PTI) party with one led by the PML-N to lead to an easing of inflation and improvement in governance. But inflation has only surged since Khan’s removal, rising from 12.7 percent in March 2022 to close to 20 percent this month — the highest in more than a decade. Khan’s ouster has not led to better times for Pakistan, as much of the public expected. It has instead coincided with greater economic pain and political paralysis.

As global commodity prices soared and Pakistan bled precious foreign exchange, the PML-N — fearful of public wrath — struggled to reverse energy subsidies enacted by Khan. It resisted implementing tough, but necessary measures that would stabilize the economy while also increasing the pain for the middle class.

But Pakistan has also been facing a potential balance of payments crisis as its foreign exchange reserves plummet. As of June 17, 2022, the State Bank of Pakistan’s liquid foreign exchange reserves stood $8.2 billion. Desparate to resume an International Monetary Fund (IMF) bailout program, the PML-N-led coalition has begun to raise electricity and petrol prices. While Pakistan will likely avoid a Sri Lanka-style collapse, it will be a painful year for the Pakistani middle class as the rate of inflation is projected to pass 20 percent this summer.

Though Prime Minister Shehbaz Sharif has the support of the Pakistan Army, the coming months will be politically difficult as inflation rises and gas shortages force power cuts in the summer heat. Former Pakistan Prime Minister Imran Khan will continue with protests across the country to press for early elections. But his protests so far have failed to force the hand of the army and government.

The PML-N now appears keen on staying in power into the end of the National Assembly’s term next year. But weathering this inflationary storm will require extraordinary assistance from bilateral and multilateral powers, like China and Saudi Arabia. Until now, these countries have signaled an unwillingness to go above and beyond for Pakistan. But the Sharif government could be buoyed if these partners end up providing it with foreign currency in the form of aid, lending, and investment.

But the Khan’s U.S. Regime Change Conspiracy Allegations is Gaining Believers. And Support for Early Elections is High.

When Khan was removed from power in April, a sizable majority — 69 percent — of Pakistanis surveyed attributed his ouster to rising inflation. But by mid-June, respondents were nearly just as likely to attribute his downfall to a foreign conspiracy. Khan and his supporters attack Sharif’s coalition as an “imported government.” Not only is his narrative gaining supporters, so too is his call for early elections.

Prime Minister Sharif says his government will serve into late next year. But seventy-six percent of Pakistanis now support the holding of early general elections. That’s up from 53 percent in mid-April. If Sharif is unable to ease the economic pain for the average Pakistani, he may just have to yield to their demands for early polls.